Next Classes are on September 11-14, 2020.  Attend Online or In-Person in Yucatán, Mexico
Buy Now and Become Certified Today

Join us for Master Practitioner Training, a four-day class which builds upon the Practitioner Training. Learn more about to clear the collective consciousness and work with groups. You will also become certified to treat your clients with 150 Sacred Activations!
Registration Info

Tamra Oviatt and Sacred Activations ® offer students the opportunity to become Sacred
Activations Master Practitioners. This intermediate level practitioner course is offered both in
a pre-recorded online format, as well as in live-online (and in person) training. Such an online
format allows you to take this course in the convenient comfort of your own home, and at a
pace that accommodates your own lifestyle and learning style. It is also the perfect option for
those of you who are eagerly excited to delve more deeply into such a topic, yet who are
unable to travel to a live event due to the constrains of work, life, and so on. 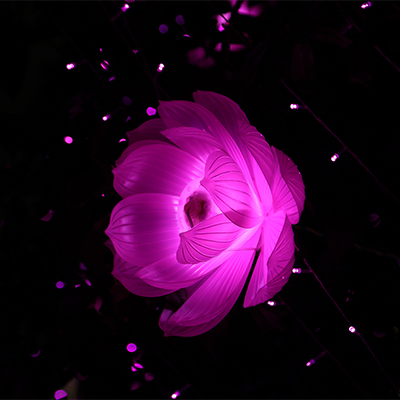 If you are beginning with the pre-recorded course, you will be watching a series of videos taken from the Zoom classroom of the original live-online course, including each participant, along with Tamra’s teachings and the exercises that she gives the class to work through during their own Breakout Sessions. After each breakout session she fields comments and questions, answering each one in a very thorough manner. The pre-recorded course will make you feel as though you are there with all of the other students in the classroom.

At the beginning of this class you will receive an upgraded set of Golden Seals for this level that will allow you to work with activations on both individuals and groups.

In this course you will learn:

On its own, the teachings in the class are powerful enough, but this class goes well beyond that so that the student develops the skills necessary to run activations on multiple individuals.

After an initial practice on a smaller group of individuals, each student has the opportunity to run at least 4 activations on the entire group. The activations that will be run and received during this course are:

Need To Know, Learning Through Suffering, Healer’s Power, Healers Who Suffer, Disciples Returns, Being A Target, Are You A Martyr, Bleeding Heart, Things Get Worse Before They Get Better, Free At Last, Playing It Small, Inner Child Reconnection, Shaman’s Beliefs, Alchemy of the Fourth and Fifth Dimension, Be Like A Cockroach, Disconnect From Disease Consciousness, Free Your Genetics, Upgrade Your Nervous System, Fear of Your Own Power, Overwhelm, Confidence, Freedom From Government Assistance, Are You Stuck, Sacred Heart, Gaia, Illumination, Being Extraordinary, Respect – Trust – and Loyalty, Heaven On Earth, PTSD Release, Call In Your Buddies, The Central Sun, Godhead, Crop Circle, Release From Spiritual Ego, The Cordons, If I Were President, Super DNA III, Genie In A Bottle, Universal Life Grid, Weakest Link, Caste System, Caste System Family, Caste System Money, Activate Your Pheromones, Sacred Sexuality, Hormones In Balance, Brain In Balance, Total Body In Balance, Disconnect From Disease Consciousness, Food Beliefs, Calories Are Bullshit, Retrieve Your Body Parts, Get Your Keys Back, Environmental Poisons, The Grass Is Always Greener, The Sky Is Falling, Collective Church, Hamster  Wheel, Separation of Religions, War Consciousness, The Peanut Gallery, Total Body Connection, Family Constellations, Stargate, Starseed, Galactic Federation, Age Reversal, Moses Codes, Activate Your Telomeres and Collagen, Atlantean Power, Book of the Dead, Download Your Special Gifts, Peace To You and Everyone, Connect With the Prophets, Memory, Universal Light Language, and Lumerian Powers – 83 total activations run in this 4 day class.